Crash team racing is an old PS1 game which is part of the Crash Bandicoot games franchise. As a franchise, it is one of the most successful games ever produced, with crash team racing being on of their most popular titles. Unlike typical racing games, it has a lot more similarities with the super mario racing games which have been previously released. In the game you race to the finish line, while trying to avoid obstacles and weapons created by your opponents, and trying to sabotage them with your own obstacles and weapons. These will be things like TNT and Nitroglycerin, which blow up and stop you from moving forward for a few seconds, or a slow making item which makes you or your opponents slower. Multiplayer is a great option in the game, as it allows you to compete with real life players. For fans of the older games, CTR, or crash team racing is certainly a great games title. 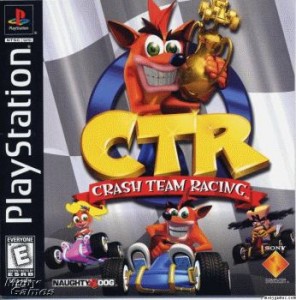